In 1830, a man by the name of Quetelet (Kettle-Lay) pursued a study into the possibility of developing a science for managing society. Quetelet was a Royal Astronomer of Belgium, and was caught in a revolution of political upheaval that derailed his career and the building of his personal observatory. He longed for a stable government that would pass sensible laws and policies that would prevent the sort of social chaos that was prevalent in Europe at that time. After spending a lifetime finding hidden patterns in the mysterious whirl of the celestial heavens, he would apply the methods of Astronomy to study people.

By 1840 Quetelet published his findings and claimed that everyone of us is a flawed copy of some kind of cosmic template for human beings. He dubbed this template “The Average Man”. But for Quetelet this average was seen as the ideal; the perfect score; size or shape man can be. It was about 10 years later that Francis Galton would disagree with Quetelet’s concept of the average and for Galton, the average was to be mediocre, crude and undistinguished. We all know who won that argument beause 167 years later we still hold onto the Galton concept of average!

A great read is Todd Rose’s new book “The End of Average”. In it, he attempts to break our minds out of “averagarianism”. He implores us to understand each person as an individual. He gives three principles of individuality: the jaggedness principle, the context principle, and the pathways principle. These principles help you understand what is unique about you, and show you how to take full advantage of your individuality. I love his quote: “we need the tools to understand each person as an individual, not as a data point on a bell curve”.

As our education program in BC is changing, so to are our assessment strategies. As teachers we need to see students as the unique individuals God has created each of them to be. 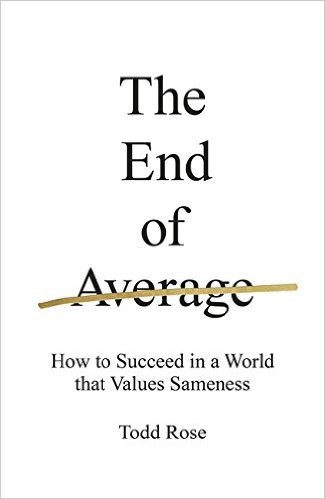 Tweets by @_berkleyglazer
Skip to toolbar